Alpha (originally referred to as Experiments) is the first phase of Box Critters' development, and the step before beta. The alpha test was originally launched as an "experiment" by RocketSnail. For the first few updates, the experiments were given numbers. Beyond the third experiment, the game was put on a rolling release, with no specific versioning or release log, with RocketSnail eventually stating that players found the numbering confusing and that everything in the game is an experiment.[1]

The alpha test was launched on February 8, 2019 at 13:00 Pacific Time. In a single room, the Tavern, players could login, move around and chat with other players as a hamster. The link for the experiment was only shared with members of RocketSnail's beta mailing list initially, but a link to it was later added to the page on his personal site, rocketsnail.com. The test was originally located at https://rocketsnail.com/boxcritters/hamster, but it was moved to boxcritters.com on February 17.

In the days following the test's launch, RocketSnail made several improvements to Box Critters, such as improving the chat filter, and fixing the room boundaries. Error messages were added, along with auto-reconnection. Other things worked on include:

The test also worked on RocketSnail's Tesla, inside Minecraft, and inside the CPI Phone of Club Penguin Island.[2][3][4]

RocketSnail added the snail critterfor himself to use on March 20, 2019.[5]

RocketSnail held a poll on Twitter to let the fans decide what to test during the so-called second experiment.[6] Items and inventory won the poll with 56% of the votes. RocketSnail stated it would take 3-5 weeks to build Experiment #2.[7] 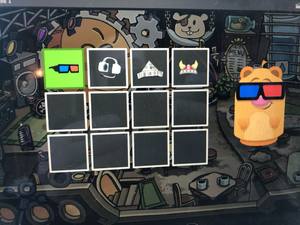 Over the coming weeks, sneak peeks of the new features in development were shared.[8][9][10] The first item created for the game was the Red Viking Helmet, similar to the one RocketSnail wore in Club Penguin.

On April 10, the alpha test was updated with 14 items, codes to unlock them, and an inventory system. The first Free Item of the Week was released.

The 14 items launched with the second experiment were:

On April 17, popups when entering item codes were added, to show the player the name and icon of the item they had received. On April 28, a small screen view was added to the game, allowing for scrolling across the room when in portrait mode. The inventory screen was not accessible unless the player turned theirdevice landscape. The small screen view was removed one day later. Dark mode was also added on April 28.

An update on May 3 made the player's outfit persistent upon logoff.[11]

On the play page for the second experiment, a message was added stating "for the third experiment I [RocketSnail] am planning to add a new hidden room, a second critter and chat logs." He later followed this up on Twitter by saying "it is time to start exploring."[12] He also stated that the third experiment would add monsters and villains.[13] Two concept ideas for a crab villain were shared. 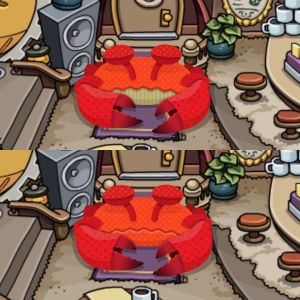 The concept for the crab villain

It will be released sometime in May.[14] It will officially introduce the Beaver critter.[15]

A sneak peek of the new room was released on May 14, 2019.[16] The Tavern was originally planned to close with the start of the third experiment, and would reopen at a later date, with a new room taking its place.[17]

In an email to content creators on July 18, 2019, RocketSnail stated the fourth experiment would "introduce [a] lite RPG game and hopefully the Critterball minigame." The new lite RPG game would "allow players to unlock items and weapons". "A small shop" will be added so that players can "buy items with your

coins" that are earned from minigames. Additionally, "the number of codes to unlock items will reduce as the number of in-game items increases.

In the same email, RocketSnail stated the fifth experiment "will update the registration system. The new system will allow you to change your Nickname and update your email." Parental controls, mute players and reporting were also intended to be added. It was also said that there were around 48,700 registered accounts. The daily, weekly and monthly active user counts were 912, 3,230 and 9,370 respectively. The busiest time of day was 1pm Pacific Time, and 32% of players played on mobile.

Since that email, only additional rooms and the shop have been added, along with tests for minigames taking place outside of the rest of the game.